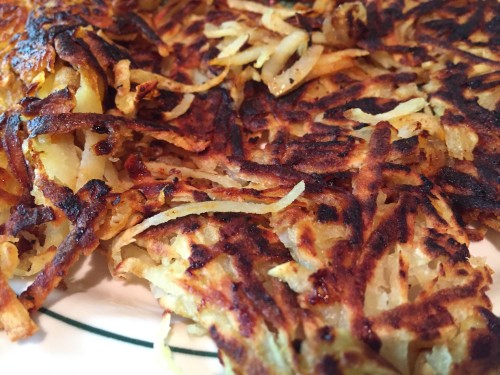 It’s been a while since I’ve been able to find my words. The last two months I’ve been a blank slate; focused on healing and recalling my former self. My days post breast cancer surgery melt away as focus on this solitary goal – health. As I begin my recovery I know that writing nourishes my soul as much as eating feeds my being. And while I haven’t done much cooking, I’ve been the beneficiary of some delicious meals.

This first recipe carries with it some weight as it was the first craving I had upon my return home. I’ve learned that my body craves what it needs most and if it just so happens to be loaded with deliciousness then that is a bonus.

This recipe is actually very different than how I had imagined it. In my minds eye it was a bit more rustic in preparation – rough chopped potatoes caramelized in a skillet with various vegetable tidbit accompaniments- instead it is simple delicate hash. It is absolutely perfect and I can not imagine it prepared any other way.

This crisp delicate hash carries with it sweet overtones from the slightly burnt onions that caramelize in unison with the sweetness of the potato. When accompanied by the tanginess of the paprika a complimentary effect is savored in each bite.

Peel sweet potato and finely shred. Set aside and allow to sit and rest for 5-10 minutes on a dry paper towel. Slice the onion length-wise and then cut in half.

Using a large skillet, add olive oil and cook onions on medium high until slightly darkened and crisp. Remove from skillet and set aside.

Squeeze the shredded sweet potato in the paper towel to ensure it is as dry as possible before cooking. Add to the skillet and spread out evenly. Sprinkle with cooked onions, a thick layer of paprika, salt and pepper. Cook over medium heat, do not stir or turn. When crispy, use a spatula cut into pieces and flip the hash. Continue to cook until second side is crispy.

Serve with fried egg on top and a side of bacon. 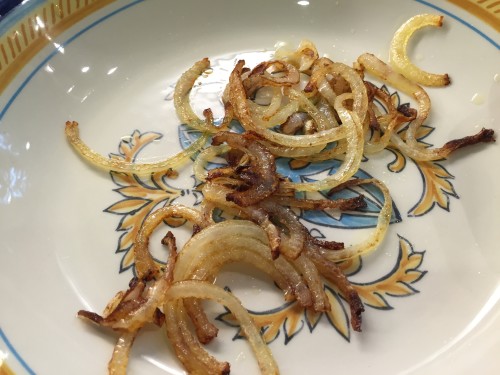 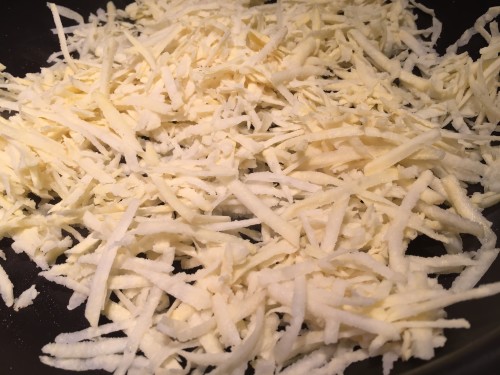 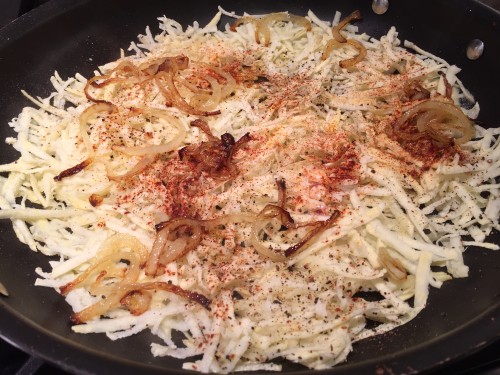 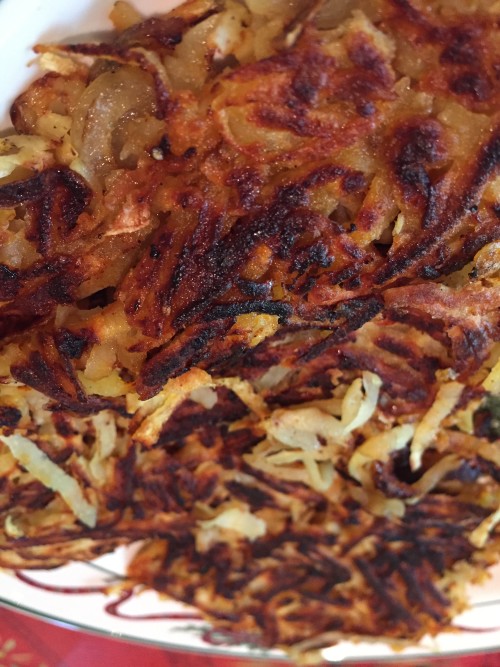 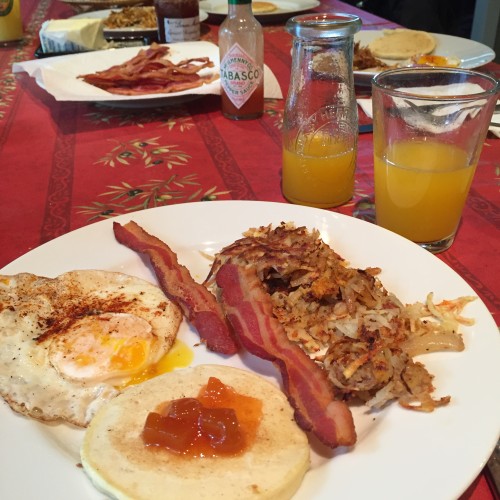 One Reply to “Sweet Po-ta-to Hash”