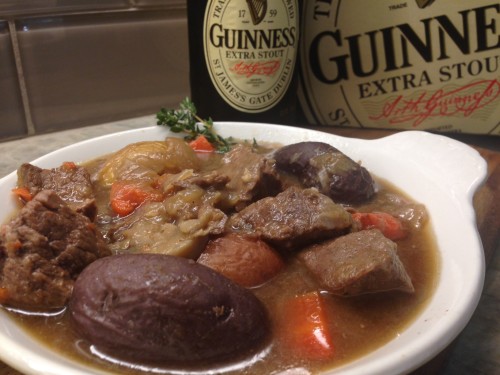 St Patrick’s Day brings with it all lore of little green magical men, visions of rainbows adorned by pots of gold and robust beer parties that go on well past any recommended time frame!

While I love the good ‘ole American-Irish tradition of making corned beef and cabbage I wanted to prepare something a bit more traditional. I realize that to any American reading this, I might sound as if I’ve gone a bit crazy. The fact is that the meal that most American’s grew up believing was a traditional Irish meal is really ANYTHING BUT traditional beyond the boiled potatoes, cabbage and carrots. It’s true. I was shocked to learn this myself years ago.

Many years ago my Aunt had a young woman looking after her who was from Ireland. We were very excited to share an Irish meal with her in honor of St. Patrick’s Day. In an attempt to learn her traditional preparations for the meal, we asked her how she would prepare the corned beef at home and she replied, “Beef? We just boil our meat.” So you can imagine how surprised we all were when she took her first bite of corned beef, which my grandmother had lovingly boiled for hours, and she appeared stunned. She had never had ‘corned beef’ and found it completely amusing that we considered it a traditional Irish meal!

So in honor of this young woman, who’s name now escapes me, I’ve conjured up a Guinness Extra Stout Stew in an attempt to be more authentically Irish. While the beer flavor is hardly noticeable, it does give this dish a lovely earthy flavor.

Prepare pearl onions, place in a small pot of boiling water and boil for 1-2 minutes. Drain in a colander and then plunge into an ice bath to stop the cooking. Cut off the root-end of each onion and squeeze out the onion from the tail end.

In a large heavy bottomed pan add olive oil and stir fry the beef, over medium high heat, browning on all sides. Add in beer, broth, bay leaves, garlic and potatoes. To get the flavors of the other herbs without all of the dried woody pieces, place herbs in a cheesecloth bag (or even an old clean cut off nylon stocking) and submerge in stew. Bring to a boil and then cover and reduce heat. Stir after 30 minutes and continue to cook for 90 minutes.

Note: While the stew can certainly be eaten without thickening it- I tend to like it with less liquid. It is possible to thicken the stew a number of ways — with dissolved corn starch, adding a small amount of mashed potatoes or cubing a potato that cooks and breaks down in the broth. One of my favorite healthy ways to thicken the stew, is to combine 2 cups water and rice in a small saucepan over medium-high heat; bring to a boil and overcook it! Cover, reduce heat, and simmer approximately 25 minutes. Remove from heat; allow to stand 5 minutes. Place rice mixture and 1 cup milk in a blender. Remove center piece of blender lid (to allow steam to escape); secure blender lid on blender. Place a paper towel over opening in blender lid (to avoid splatters). Blend until smooth. Set aside.

Remove lid on stew and allow liquid to evaporate while adding in the carrots. Cook carrots for 15 minutes and then add in the mushrooms. Cook another 15 minutes or until desired tenderness. Add thickening option at this time. Serve in small cups or bowls with a crusty bread… AND A GUINNESS OR TWO! 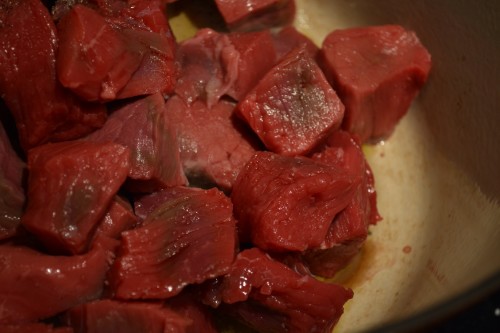 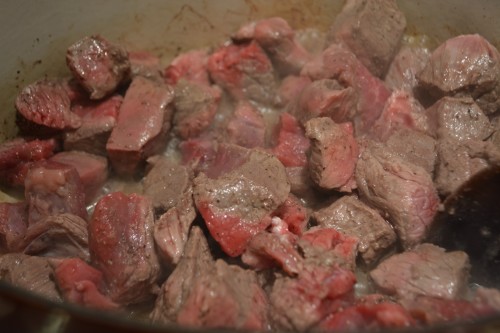 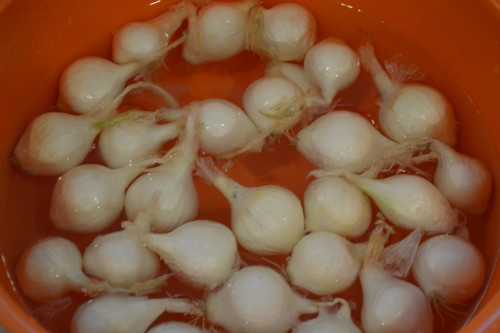 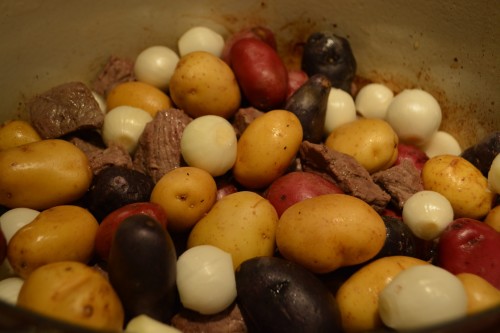 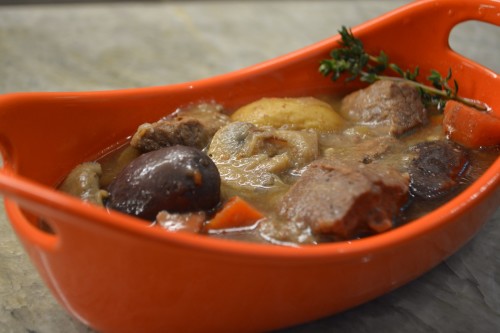