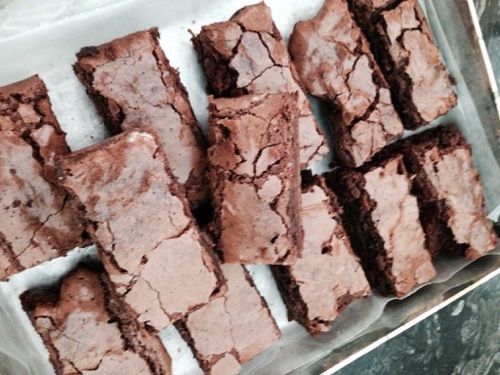 The world splits into two camps on the definition of a perfect brownie: crumbly and cakey, and dense and fudgey. There is little love lost between them – the beauty of the recipe lies in the fact that the result IMHO resides in both camps; a deliciously rich crumbly and surprisingly dense brownie.

Having grown up allergic to chocolate my obsession with this food group is relentless. My quest for a new brownie resulted in many trials…since it is difficult to have a brownie error it was a great endeavor for a chocoholic, like me, to embark on what could be deemed by some as ‘the brownie meshugaas’.

While in Shasta for a long family weekend it was time to hone in on the final version of this recipe. My taste testers were primed and ready for the task. The challenge was that these brownies were such a great success that I failed to capture an adequate photo of them before they were devoured. Having recently lost a battle with an avocado pit and a knife (more to share about this disaster in an upcoming post) I relied on my daughter to make these for me to share with you. As you will see, she did an amazing job. 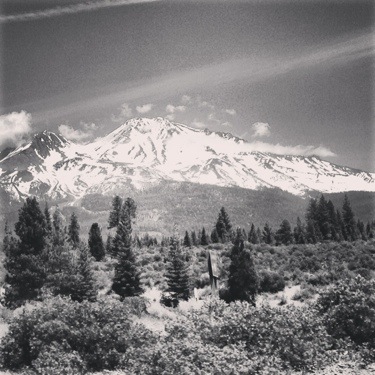 Divinely dark, seductively chewy, these are brownies for grown-ups. It is by far the crumbliest, gooiest brownie recipe ever! With five eggs and a full cup of butter, what lies beneath the surprisingly crisp crust is something more akin to a baked fudge than anything which could be politely eaten with one’s hands, which is probably the whole point.

Aside from the richness of the ingredients, the lack of a raising agent is telling: no baking powder is allowed to lighten the load here – this is pure, unadulterated, chocolaty goo. This technique melts the chocolate and butter together, and then quickly stirs in the eggs and dry ingredients to give a smooth, glossy batter; keeping things nice and dense. 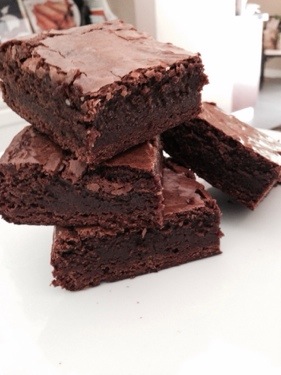 These brownies are sinfully squidgy, bursting with a hint of espresso flavor and totally divine. Eat them messily, with a brimming glass of milk. 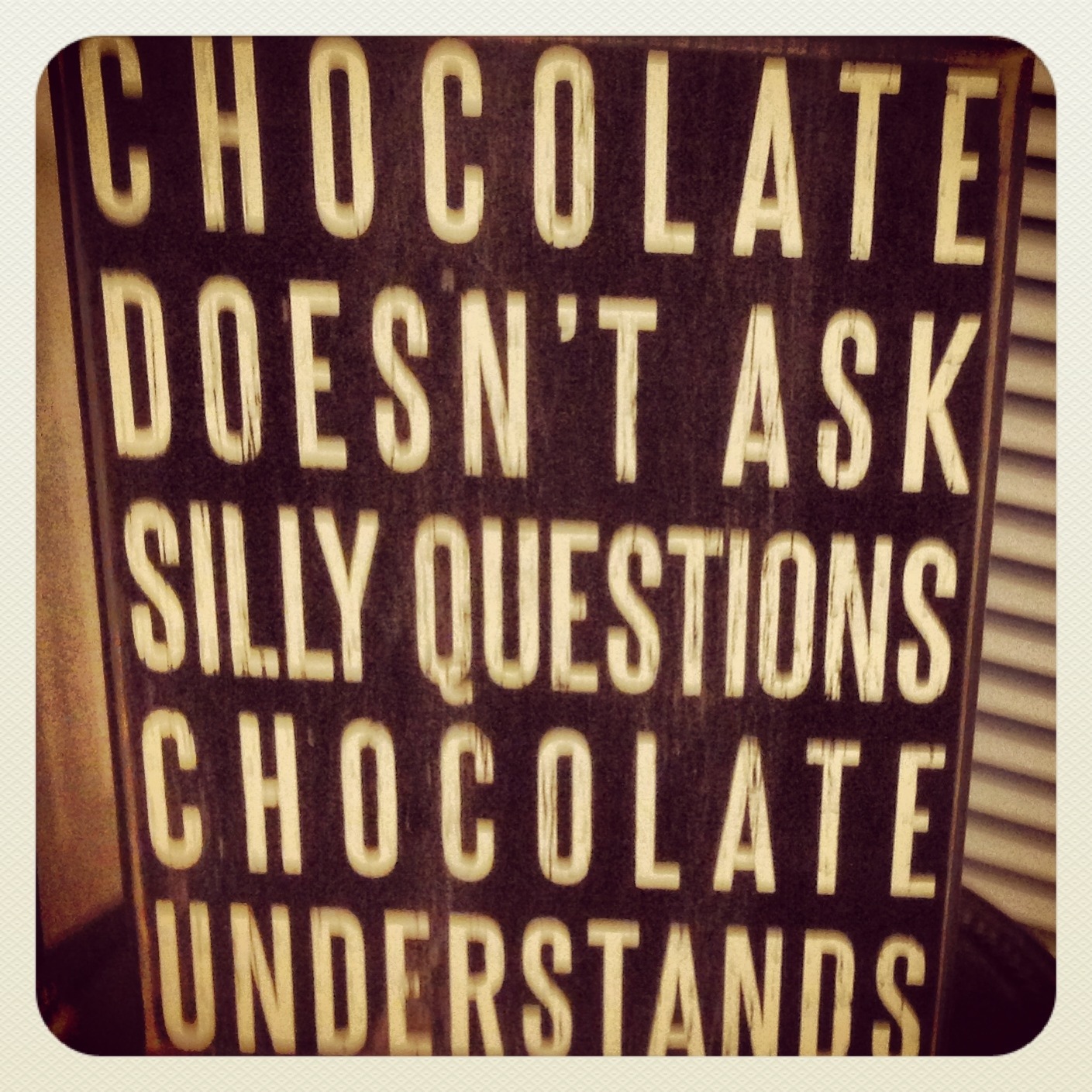 Preheat oven to 350 degrees. Line a 8x8x2 glass or ceramic baking pan with parchment paper, leaving a generous overhang so that it is easy to remove the brownies from the pan once cooked.

In a large heat proof bowl add the butter, chocolate and espresso powder. Place over a pot of boiling water, stirring occasionally until this mixture becomes smooth. Remove the pot from the heat and stir in sugars. Whisk until well combined and then remove the bowl from the pot and allow to cool to room temperature.

Add 3 eggs and mix well with a spatula, then add the remaining 2 eggs and vanilla; continue to mix until well combined.

Pour the brownies into the prepared pan and smooth out with the spatula. Bake in center of the oven for 20 minutes then rotate the pan and continue to cook another 20 minutes. Test with a toothpick to ensure brownies are done. Since this is such a moist recipe, when a toothpick inserted comes out with a few moist crumbs clinging onto it, it is done.

Allow brownies to cool completely and remove them from the pan by using the parchment paper overhang. Cut and serve! 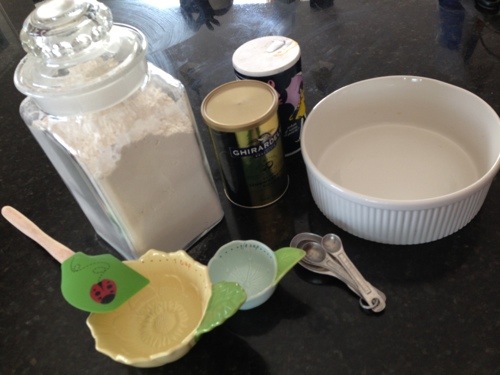 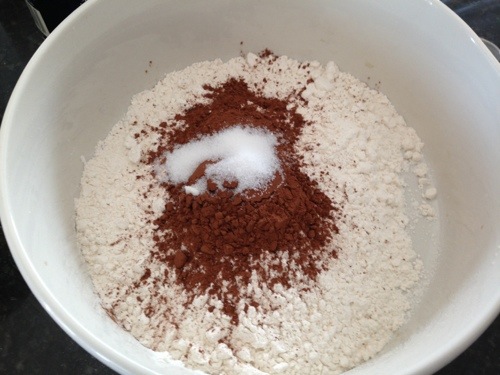 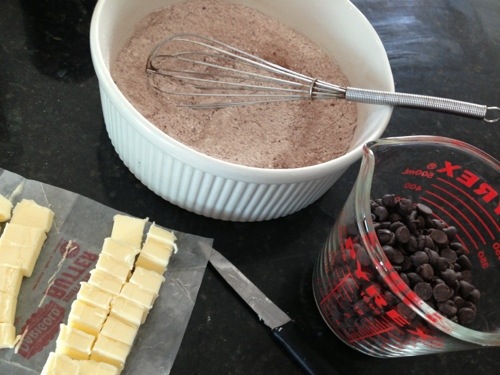 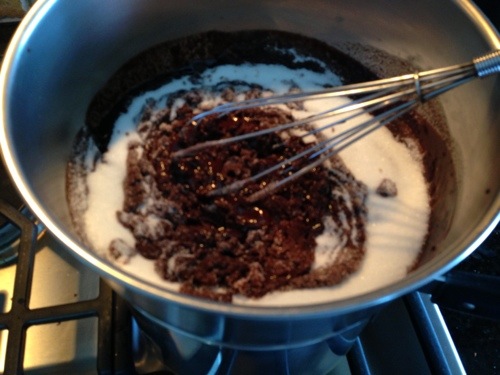 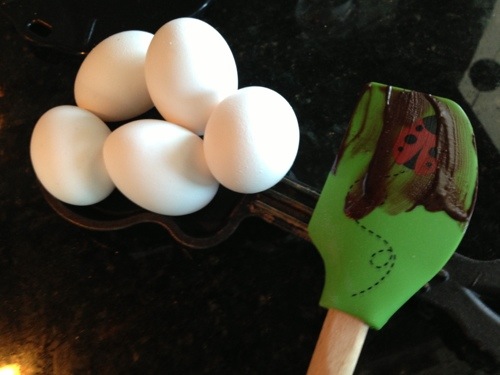 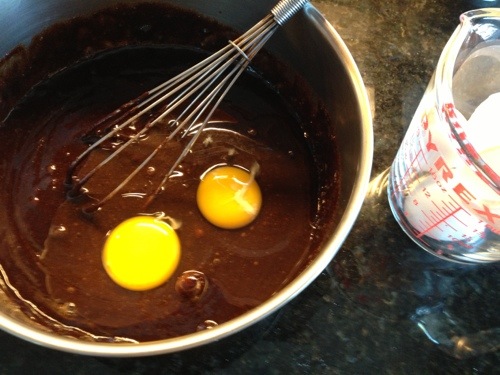 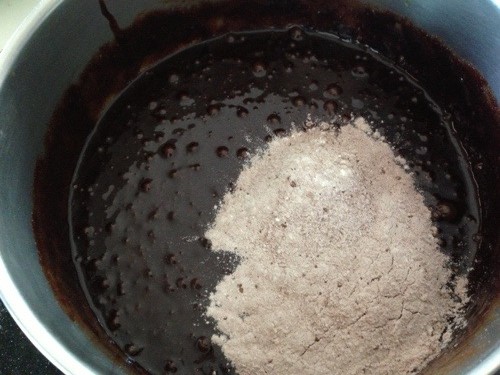 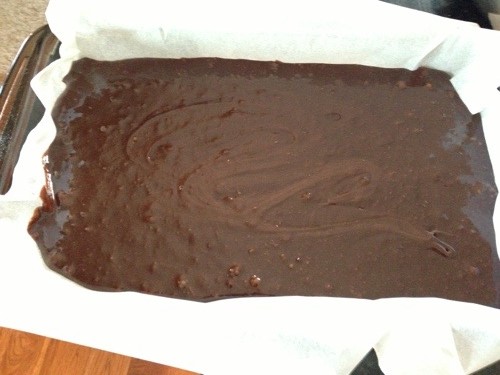 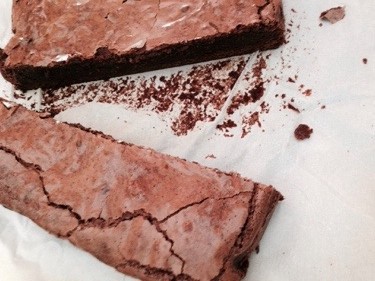