Just when I thought I was ready to post the 1st vlog for www.bowllicker.com I had a fun Staycation interlude – I was invited back to be on the SF Bay Area local show – View from the Bay. The menu simply Twitted @viewfromthebay:Spicy shrimp, veggie and chorizo kebabs. Plus, chocolate kebabs for dessert.

As always, Spencer and Janelle were the ever gracious host and hostess. This time the microwave malfunction was avoided all together and I was moved to the opening act on the show vs. the closing act from the previous visit. The real benefit of this placement was that this time I *was* able to prepare both recipes without running out of time. I even had time to joke around a bit prior to the start of the show when I asked them if they ever had to taste something that was really awful on camera. They clearly thought this was funny – and eventually responded with something close to, “We’ve been lucky to have some great dishes on this show, no complaints here.” 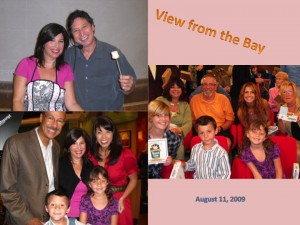 I was truly honored when at the end of the segment Janelle told me just how much she loved that marinade for the shrimp, “It is the BEST marinade I’ve ever had on shrimp!” (to be exact). I happily offered her the shrimp we marinated on the show along with the accompanying accouterments and despite her polite decline I insisted that she take them home and make them for dinner.

Post show, I had the honor of hanging out with someone simply known as Spartacus. This was great fun because we were behind the set, show still in progress, I had finished cooking the kabobs and cleaning up when he suggested that we take some of the remaining marshmallows and roast them on the gas burner. It was like BBQing in the rain, or having breakfast for dinner – unconventional and yet one of those moments that makes you smile from ear to ear.

In honor of Round Table Pizza’s big anniversary they gave everyone in the audience a pizza box and a gift certificate for a free pizza. Yes, you guessed it, the last thing I wanted to do after two days of cooking and preparations was to go home and cook some more so I opted for Plan B. Pizza for EVERYONE and well it did the job and here I sit relaxing and writing to you. 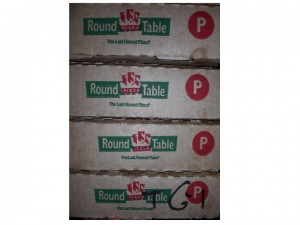 Thanks to all those that made today possible, family, friends and the people over at the station – Jess in particular who was kind enough to ask me back. And as for those buns I am threatening to vlog about…they really are up next!

Add the shrimp and toss to coat. Refrigerate.

Bring a small saucepan of water to a boil. Add the chorizo and cook over high heat for 5 minutes. Drain and pat dry. Let cool slightly.

Tuck a chorizo slice in the crook of a shrimp and thread onto a skewer; the shrimp should be attached at both ends. Alternate with bell pepper, potato and onion. Push it to the end of the skewer and repeat with 2 more shrimp and chorizo slices, etc. Using more skewers, repeat with the remaining ingredients.

Grill the kebabs over a hot fire, turning once or twice, until charred and the shrimp are cooked through, about 5 minutes. Serve immediately. 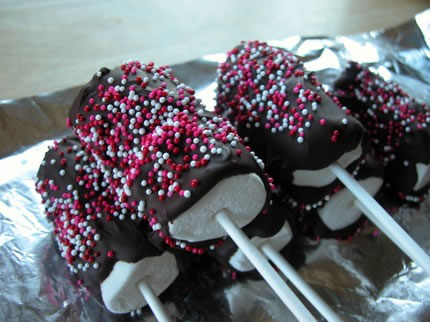 Cut watermelon in half and hollow-out one side. Place face down on a platter.