This past week I reconnected with my Bertolli friends that I met at BlogHer Food. The end result was a fun meal prepared for my foodie family that got rave reviews and triple servings. An hour before I wanted to serve dinner I hit the kitchen grabbed a few bags of Bertolli’s Italian Sausage Stuffed Shells out of the freezer and quickly read the directions on the bag.

It was as simple as 1-2-3. Once the pasta was in the oven baking, I shifted my attention to an asparagus and mushroom recipe adapted from Chef Rocco DiSpirito – Asparagus with Mixed Mushrooms and Fresh Parmesan Cheese. As you can see from the photos, it all looked great and the tastes were on par with the looks of the dish. The nice thing about this veggie dish is that it can be done ahead of time- I did make the mushroom marinade earlier in the day to give the flavors the maxim chance to set-up. The verdict– five empty plates and lots of smiles.

While the pasta cooked for an hour, it took but five minutes to assemble at the start and then five minutes at the end to top with cheese that needed to melt. It was like a night off without the hassle of cooking a rich dish with all of the flavor benefits. 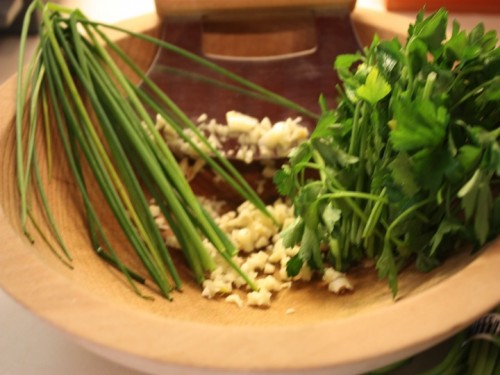 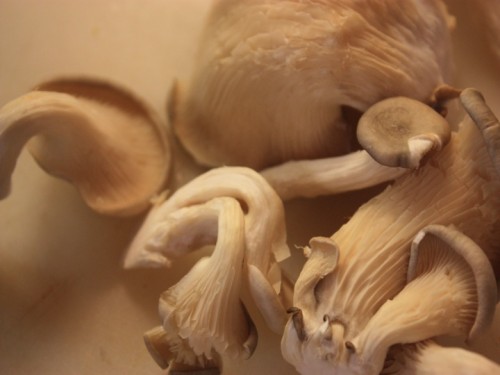 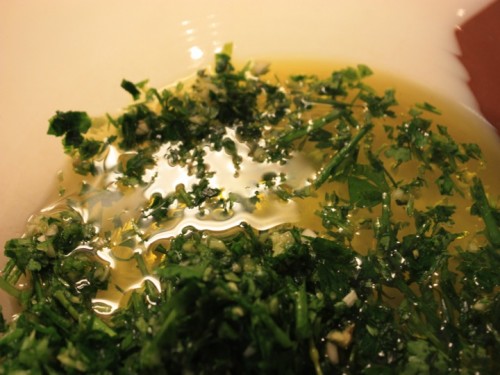 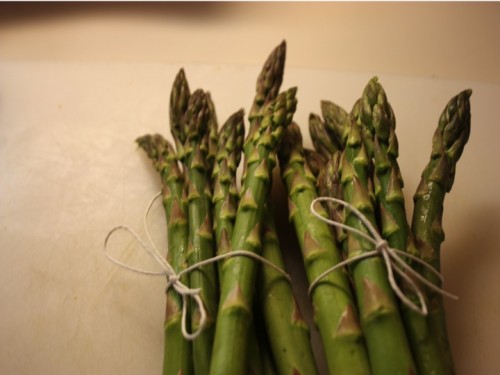 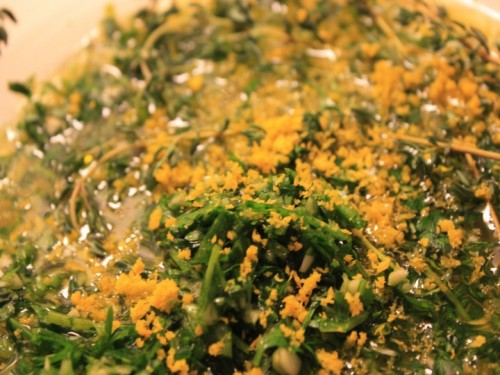 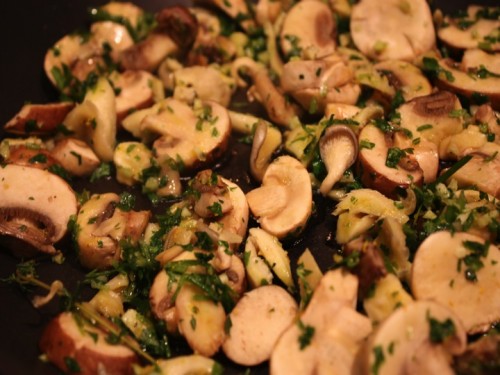 While I really enjoyed Rocco’s vegetable accompaniment, I’ve changed it up a bit while keeping some of the core elements — asparagus and mushrooms! That said, if you wanted to keep it super simple you could pair the Bertolli pasta with a salad and call it done!

Directions
In a medium-size bowl, whisk together oil, shallots, herbs and lemon zest. Season with salt and pepper. Add mushrooms and thyme sprigs and mix well. Let the mushrooms marinate at room temperature or overnight in the refrigerator.

Bring soup pot filled with water to a boil and add 2 TBS salt. While water comes to a boil, prepare the asparagus. Trim them by gently breaking the stalks where they naturally snap a few inches from the base. (If using jumbo asparagus, peel them to about 1/2 inch below the tip.) Bundle spears with kitchen twine and cook in the boiling water until they are tender when piecred with a knife, approximately 6 minutes. Discard twine once asparagus has been removed from water.

Heat a large skillet over high heat. Take the mushrooms out of the marinade and place them in the pan, forming a single layer of mushrooms. Be careful not to overcrowd the pan — as Julia Child would tell you, if you do they will not cook properly. Season with salt and pepper and cook until browned and tender. Transfer the mushrooms to a plate and cover with foil to keep warm.

When all of the mushrooms have been removed from the pan, add 2 TBS vinegar. Scrape and dissolve any browned bits from the bottom of the pan to make a sauce; pour the sauce over the mushrooms.

Arrange on a serving platter. Top with the mushrooms, juices and shaved Parmesan. (To nicely shave the cheese use a vegetable peeler). Drizzle with a dash of additional olive oil and ground pepper. 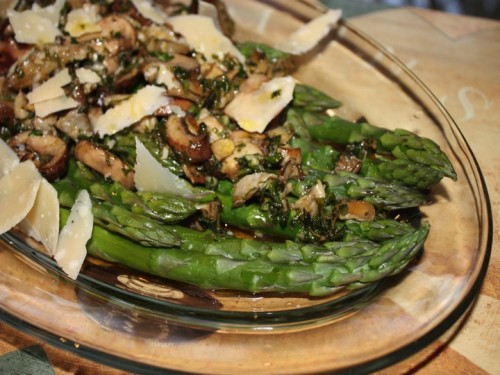 If you think you would be inspired to learn more about Bertolli you can follow them on Twitter @Bertolli or learn more about Into the Heart of Italy (www.IntoTheHeartOfItaly.com). There was an article that really appealed to my tech-side that hit this week in the New York Times, which referenced this Bertolli/Unilever promotion in regards to how old and new media can work together — if you’ve got a few minutes it is a good read.

For those Twitter-a-holics who just can’t get enough, you can also follow Chef Rocco DiSpirito at @roccodiSpirito.

Mille Grazie a Bertolli for their wine aerator and gift card to purchase a Bertolli Frozen Meal!