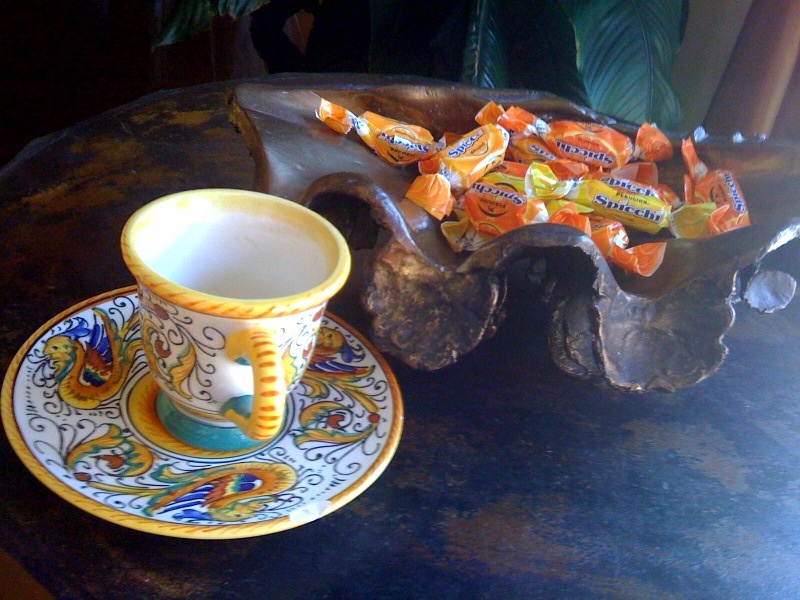 So in case you think that I am using words together that don’t mean diddlysquat well you are partially correct. But jingoistic is such a wonderfully under-utilized word that I figured what the frack. Why not attempt to impress you (or not) with my insufficient grasp of the proper use of the English language.

The point? Good times with good friends don’t have to make sense. It is about fun and laughs and nonsensical moments that make you laugh until your sides hurt. And as always it is these moments that are underscored by food. Not only was my weekend away with one of my BFF’s wonderfully reminiscent but captivating when we attempted to closely examine our lives at this juncture. As conversation rambled we moved to discuss her grasp of social media and as one might imagine the conversation took off again. While she may not be queen of the hill on this topic when it comes to food she is balls to the wall. (Before you think me foul mouthed: I believe that this British expression originated with the early steam engines whose governors were a pair of spinning balls, which described a larger and larger circle as the demanded speed, and hence their rotational speed, increased to control the steam valve and hence the flow of steam from boiler to pistons. One can also say to go “balls out” which means to throw caution to the winds and charge full-steam ahead.)…A glimpse? A tavola for lunch: 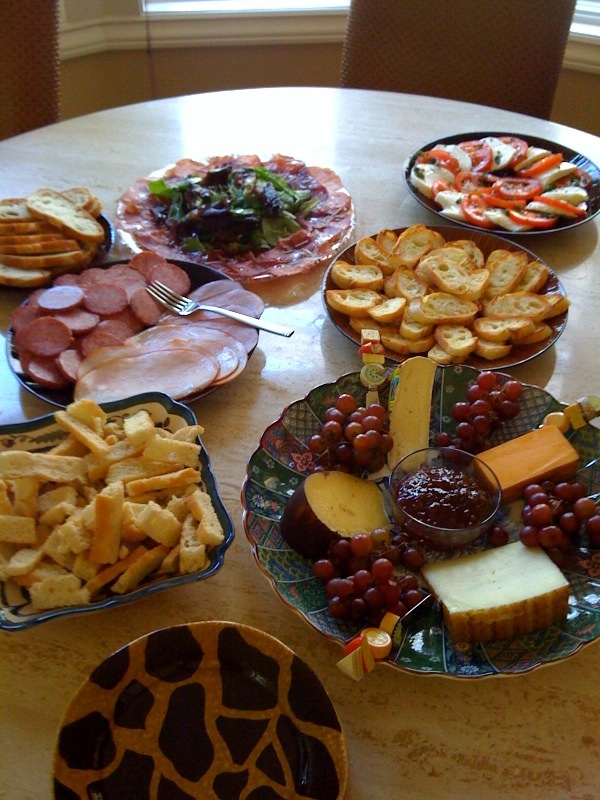 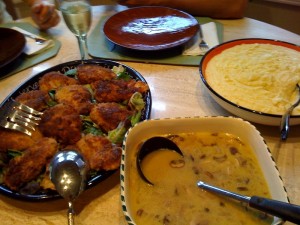 If you haven’t met @suezumout then you should check out her profile. She’s a closet #foodie (closet because she hasn’t found the power of the blog yet but I predict she will share some of her food magic soon. She also works wonders with some classic expressions that only one of your closest friends could say to you with a huge grin on her face, like, “Oh, I am way funnier than you so just wait until I really start to Twitter. I will be unstoppable and people just might love me.” It’s true, if she gets around to being a regular on the Twittersphere then you will certainly love her. She even balked at the title of this post and said, “To be honest, the only thing jingoistic about this post is the Italian menu that has prevailed this weekend. I belligerently replied, “Well, I can make this work.” (Voilà!- Jingoistic Belligerence as a title for this post is explained.) In part, I could stretch the truth and *make* this blog title work until one actually looks up the definition of jingoistic: Excessive patriotism or aggressive nationalism especially with regards to foreign policy. Hummm… perhaps it was a stretch but at least I was willing to go out on a limb with a flaming torch of silliness. Nuff said. Oh wait, did I mention she is so determined to make you like her she has spent the last three hours trying to get Twitter on her iPhone so she can “bring on the competition” which are truly fighting words for someone who had just enough of champagne to be delusional.