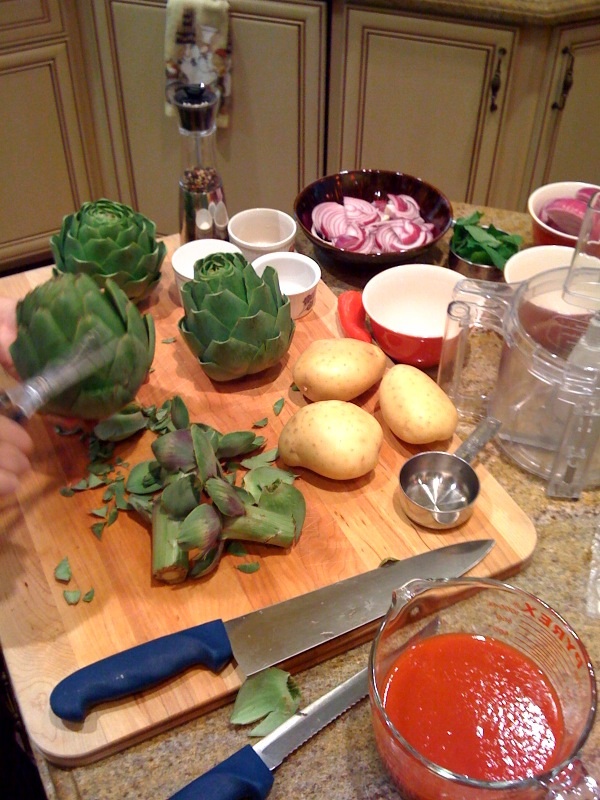 I think it was a chance meeting that we became friends, freshman year at college during orientation week – there were some mutual ‘friends’ involved in the introduction and there was nothing particularly poignant about our first conversation but I remember that she seemed like someone I would enjoy hanging out with – she had a great smile, perfect teeth, long dark curly hair, a contagious laugh AND she was one of the other five brunettes on the campus field that day. (Just on the merit of her undyed hair I needed to make this alliance work. If you’ve ever been to SoCal you’ll know that if you are not blond, you are an oddity.) How or when we actually became true friends happened months later, but often beginnings are simple and this one was no different except that this is our story. And of course I’ve locked many of the zesty stories in my ‘vault’ because this post is not about the lurid details of my past indiscretions with one of my dear friends (which would certainly gain a greater blog following but I refuse to sell out….just yet) but it is about how we cooked together and have shared years of food at restaurants, cafes and in our various kitchens over the years. She is an excellent cook and I treasure our weekends spent discovering what we will cook – so when I proposed that we jump into vlogging together for www.bowllicker.com she surprised me and said, “Let’s do it!”

(Sorry folks, our featured cook became a bit shy and asked to have this vlog tucked back into the vault- good news is that her amazing recipe remains here and is one of my favorites.)

Sautée two large onions in olive oil until translucent. Salt and pepper to taste.
When stuffing the artichoke, always start from the top and work down toward the bottom. For this recipe, start ¼ of the way down from the top, otherwise there will be too much meat. Take large gumball-sized pieces of the meat mixture and gently place behind the leaves working down until all but the top ¼ of leaves are filled.

Line a large pot with olive oil. Place ¼ inch thick slices of potato at the bottom of the pot and lightly salt. This is done so that the artichokes do not burn (and they are a tasty addition to the meal.) Place the artichokes in the pot. Because of the size of the stuffed artichokes it may be difficult to fit them along the bottom of the pot and they may need to be layered against each other. It is important to keep in mind that in order for the stuffed artichokes to cook properly the lid will need to fit securely on top. Add tomato juice, diced tomatoes, ½ tsp salt and the remaining two sautéed onions over the top of the artichokes. Cover the pot and bring it to a boil. Once boiling, turn the heat down to low. Cook for 1 hour and 15 minutes, basting every 25 minutes. When leaves can easily be pulled from the artichokes the meal is properly cooked.

Tips and Tricks:
– For large parties, consider placing artichokes in a turkey roasting pan, cooking on the stove with two burners. One turkey roaster can fit 8-10 artichokes.
– If additional meat remains after stuffing the artichokes, consider:
a) freezing it for another time as this stuffing can be used with many different vegetables, such as zucchini, bell peppers and potatoes (some of these vegetables need to be slightly hollowed before filling)
b) rolling meat into small rounded balls and then adding them to boiling chicken broth for a delicious meat and rice soup.

Don’t miss out on Sue’s blog or her tweets!

4 Replies to “Cooking from the heart – friendship & artichokes”