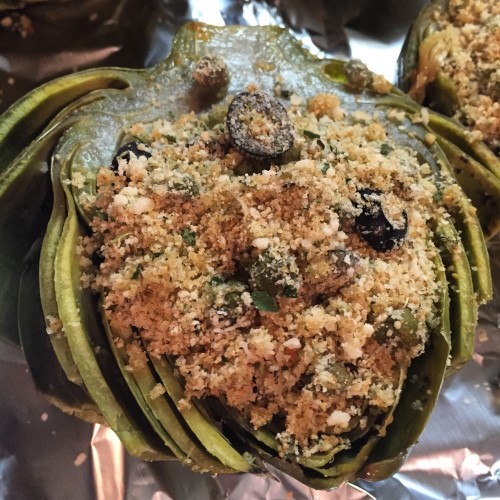 “What is your practice?” That is the question the substitute yoga teacher asked the class. To be honest, having only started vinyasa yoga four years ago, I have never considered myself as someone who had ‘a practice’. I never even saw myself as a yoga person. In my mind, yoga was far too calm and quiet for a fidgety person like me to embrace. But then, one day, someone you’ve never met before asks you the question and you realize that you DO have a practice and that despite not believing that you are a yoga person, you have changed, you are that person. And all of the things that you hated about it, you now embrace, and you find yourself pleased with what you have silently become without ever realizing it was happening. Life is odd that way.

Cooking was similar for me. I never saw myself as a cook. My mom is a great cook and growing up she did all of the cooking, so I put myself in charge of the baking. Breads and sweets were my specialty. During college, I dabbled in cooking, but it wasn’t until I was married that I began cooking in earnest. Suddenly, I was a cook and it had happened so gradually that it was only in retrospect that I realized it.

As much as I love to cook, I adore when others cook for me. It’s a true culinary adventure not knowing which ingredients have been combined in the preparation of a particular dish. The recipe I am sharing with you today is one of my mom’s recipes. It is a similar take on our traditional family recipe with a few change-ups. Capers and olives to give this artichoke dish a hint of tang. And by splitting the artichokes down the middle the filling can be used as a dry dip for the tender leaves. 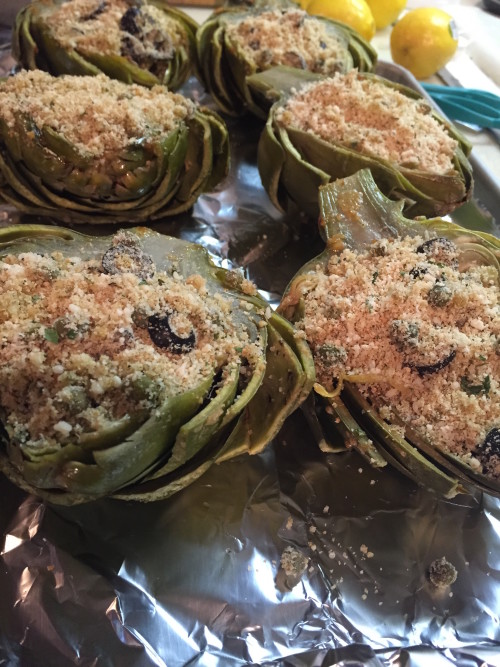 salt and pepper to taste

Preheat oven to 325 degrees. Arrange the artichokes, cut-side up, in the prepared baking dish. Fill the artichoke pockets with the breadcrumb filling. Lightly sprinkle with Parmesan cheese and a drizzle of olive oil. Place in oven for and additional 15-20 minutes. If a crispy texture is desired, dot with butter and broil artichokes until golden brown; approximately 2 to 3 minutes.

Note: If preparing in advance, cook and fill artichokes and refrigerate. Bring to room temperature before baking. Artichokes can be made two days in advance. 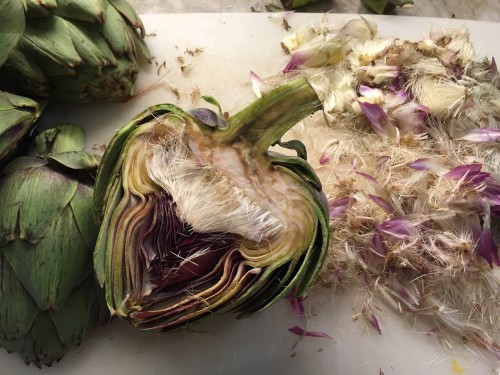 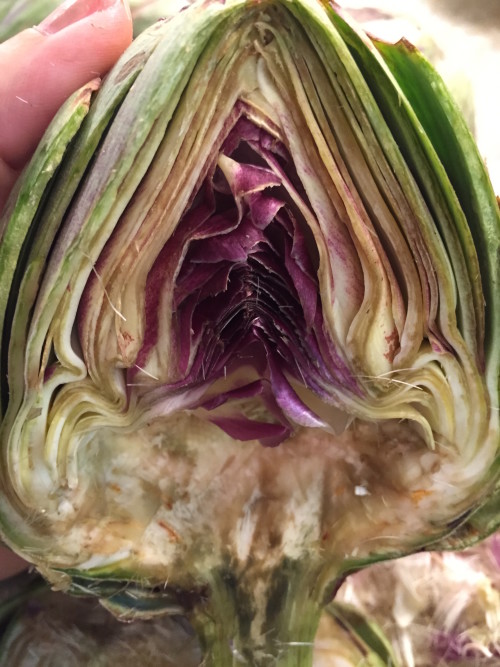 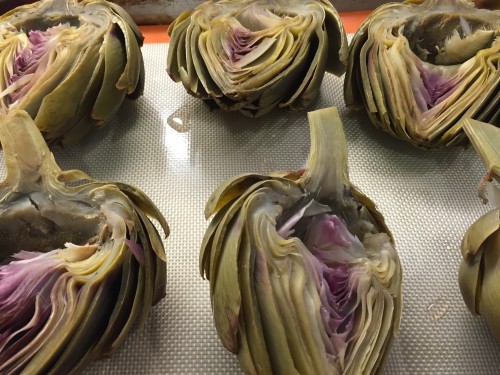 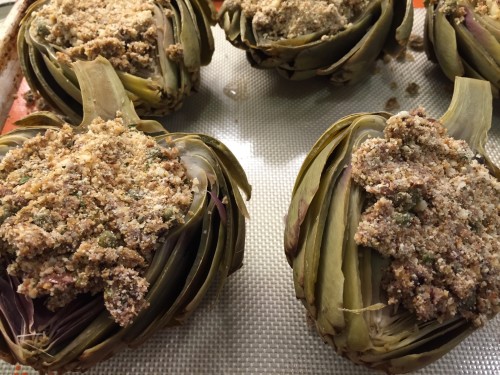 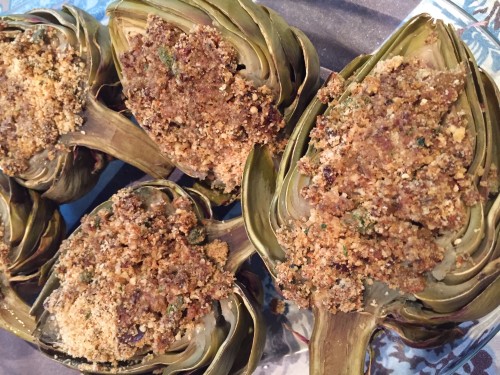 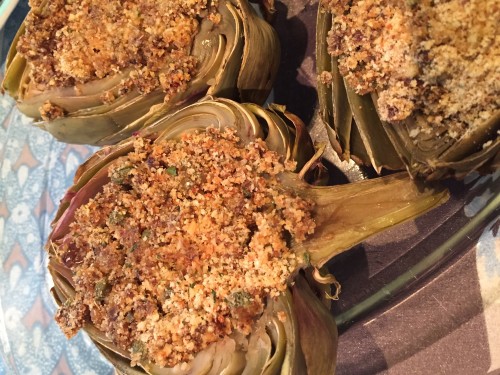 Sidebar: You may notice that in the first two images the olives are sliced, while in the remainder of the photos olive tapande was used. Obviously the recipe was so delicious I have made it more than once!